About the Event:  Please join us on Friday, September 11, 2020 as we celebrate AllHealth Network’s 65th Anniversary. The evening will include interactive exhibits and will feature Patrick J. Kennedy, nephew of JFK and co-author of “A Common Struggle: A Personal Journey Through the Past and Future of Mental Illness and Addiction.” He will be sharing his compelling personal story of struggles with mental health.

Proceeds from the event will support the work of AllHealth Network, including our School-Based Programs, which are located in 29 schools across 5 districts touching hundreds of students in our community. 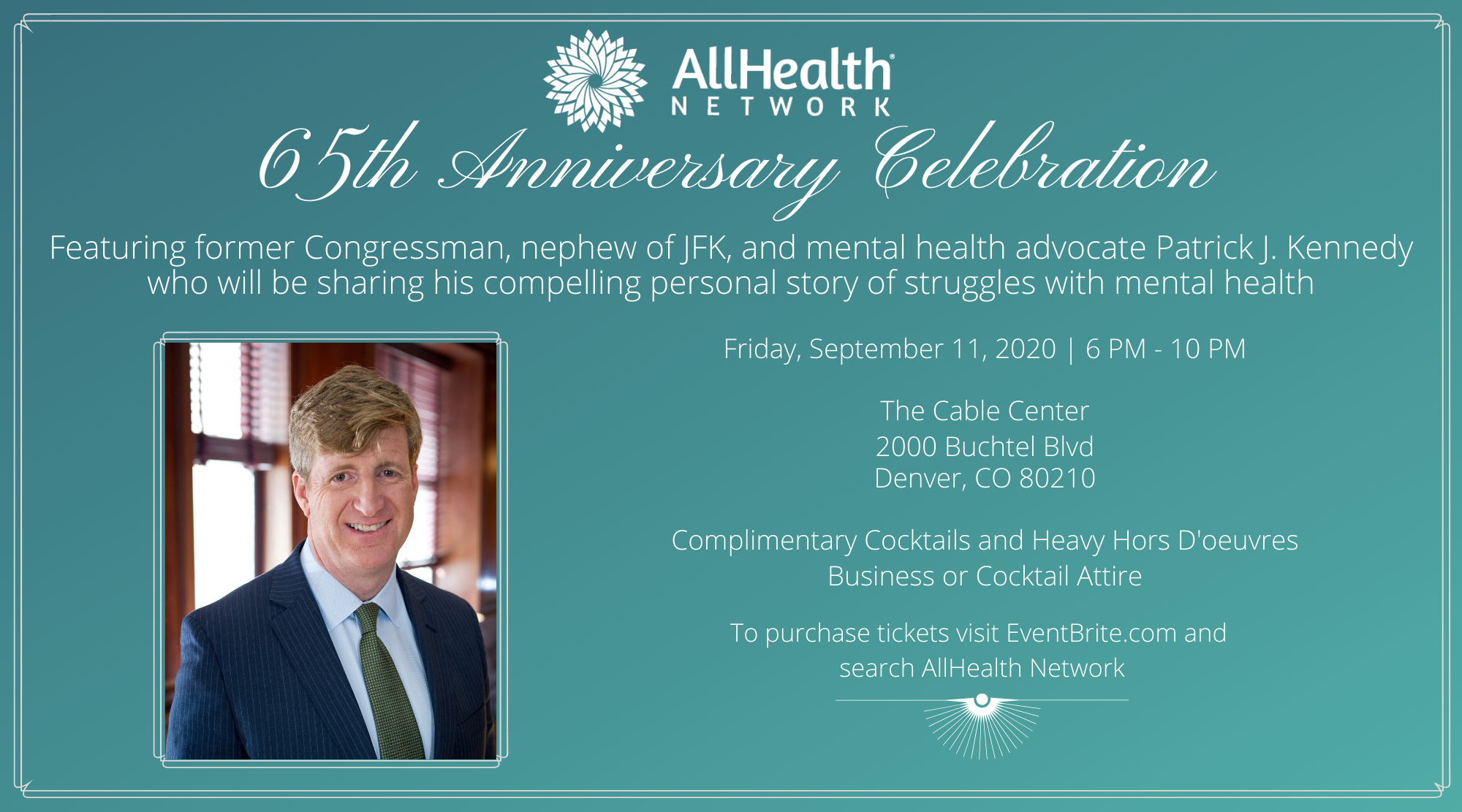 About Patrick J. Kennedy: Patrick J. Kennedy, son of Senator Edward “Ted” Kennedy and nephew of President John F. Kennedy, served 16 years in the U.S. House of Representatives and fought to end discrimination against mental illness and addiction. He was the lead sponsor of the groundbreaking Mental Health Parity and Addiction Equity Act. In 2013, he founded The Kennedy Forum, a non-profit organization determined to transform mental health and addiction care delivery. As co-founder of One Mind, Kennedy helped spark a revolution in how scientists collaborate to diagnose and treat brain diseases. Inspired by his work in both organizations, but still facing the daily struggle to fight stigma, Kennedy co-authored “A Common Struggle: A Personal Journey Through the Past and Future of Mental Illness and Addiction.” The narrative details Kennedy’s personal struggles as well as his bold plan for the future of mental health care in America. In 2017, Kennedy was appointed to serve on the President’s Commission on Combating Drug Addiction and the Opioid Crisis.

Special Thanks to our Partners

AllHealth Network has a formal process in place to listen to and attempt to resolve all client complaints.

A client representative will return the client’s call within 2 business days.

© 2020 AllHealth Network
Have a question?